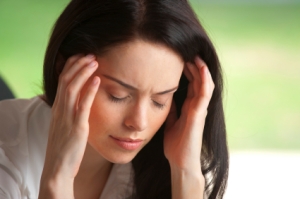 Unfortunately, my memories do not stop just because I decided to end the relationship with the abuser.  In fact, sometimes these memories play on and on like a broken record in my head.  My ex-husband was the worst relationship I ever had by far in my life.  So oftentimes he plagues my mind.  Of course, we are joint parenting a child still which has allowed him to send messages to me from time to time.

I am not inside my abuser’s head so I cannot say what exactly he did or did not feel.  However, I know some of the primary emotions he feeds off of is Control & Power.  Guilt & Remorse are weak feelings, not powerful, and I doubt he would allow himself to feel these types of feelings.

My abusive ex-husband said, “Kicking holes in doors & breaking glasses is not hitting, prove that in court.”

This comment makes me realize he was in control enough to not push it too far on any one occasion.  He knew if he took things too far then there might be legal action taken against him.  That means he was in control of his behavior and never was really ‘out of control’.

One thing I have noticed is my mind links other people with similar abusive behavior into my memories.  I remember my recent abusive boss who said to me, “Your past has tainted your perception.”  I replied, “My past has made me aware of what is not acceptable.”

The abusive boss from several years ago, who flipped out on me one Friday just before I was leaving work and when I spoke to him that following Monday I received a ’30 Day Work Performance Evaluation’.  Yet the month prior I was the ‘Employee of the Month’.  He said this to me, ” Are you really going to throw this all away over a 20 minute conversation.”  My reply was, “Yes, that was a conversation, it was an unacceptable personal attack.”

It is hard for me to believe that they give one thought to anyone they have hurt along the way.  I would imagine in their mind they have already twisted the conversation to make themselves the victim.

When I left employment with your company we did not conduct the customary exit interview.

Please know I am so glad I made the decision to leave the company.  I am truly grateful for the skills I acquired that continue to help me in my current endeavors.

When Jane left the company last Christmas you told many of us she had medical problems and you were not happy with her actions.

When Donna left the company last Spring, she was unwilling to continue working for us no matter how much money we offered her to stay.

When I resigned a year and a half ago, you doubled my pay and I made the decision to stay.  Then last spring you told me I was not management material and then promoted me to Vice President the following month with a 15% raise.

In the end, I made my decision to leave your company because I could no longer continue working with you as my boss.  You can continue to lose people and blame it on anything other than your actions.  At the end of the day, you are the primary reason people are choosing not to stay.

Obviously I would not send a letter like this but I feel very angry at my boss.  I am angry that he is still plaguing my dreams along with my ex-husband.  I am angry that my mind somehow links these memories together.

The good news, I know my memories of my abusive ex-boss will eventually fade away.  I also have no reason to continue communicating with him for any reason.  I am also very grateful I took the stand to leave 3 abusive situations in the past eight years.

In 2004 I decided I would rather live in my car than stay in the same house with my abusive ex-husband.  In 2009 I chose to tell my abusive boss his behavior was unacceptable and unwarranted which led to my being fired.  In 2012 I chose to leave my position as Vice President and a considerable amount of money per month because it just wasn’t worth it.

I suppose when my memories start going I can work on shifting my focus to the fact that I did not stay in these abusive situations.